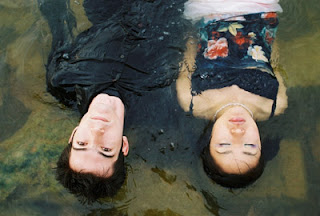 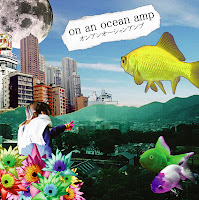 One day, back in 2003, I'm sitting in a bar watching a noise show and drinking with a girl I had a crush on, when this guy I had started to make friends with walks in with a cardboard box filled with cds under his arm. He's Dan. He started a record label, and some random band from japan had signed to release their first album with him. It was for sale at $10 apiece, and this was what it looked like.

On An Ocean Amp? What? Well, I wanted to support Dan, and I'm all about a random band with an interesting album cover. Its like an adventure in a disc, you never know if it'll be amazing, or shit.

So when I played it on the ride back home, I was completely unsure what I was listening to. Its like an experimental electropop band with a cutesy japanese girl voice over the whole thing. Its like childhood packaged into synths.

Years later in college I emailed their website (now defunct), and got an email back later in the day. The guy in the duo, Mike McGuire, was super friendly and we ended up chatting for a few years. He sent me this album before it was done, as well as his own solo album, which I hope I can post here later on.

Well the band broke up pretty much as this album was being finished up, and what he said was enough for a 2 disc album ended up as this, a great album of strange Japanese influenced IDM/Electropop with a very good spread of tunes. I wonder how he is doing, and if either he, or Kaori are doing any new music projects. Rest assured, I'll let you know the moment that I find out.

Here is a review for the album.

Here is a direct repackaging of the album in case the original fails. I fixed up all the ID3 tag info, and even made an unofficial cover since it never got an official one. 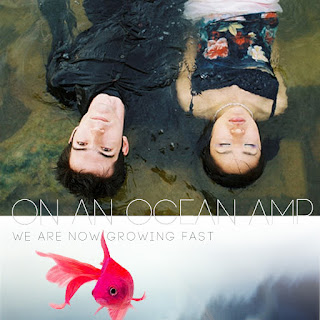 
Alright, assuming I don't find any juicy tidbits in the next day or so, this should be the last transmission till the new year. See you on the other side.
Posted by Atom Davis at 29.12.12 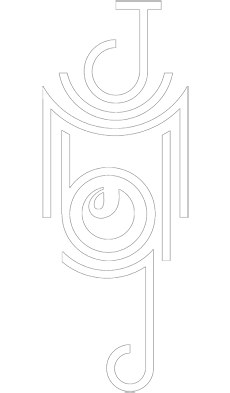